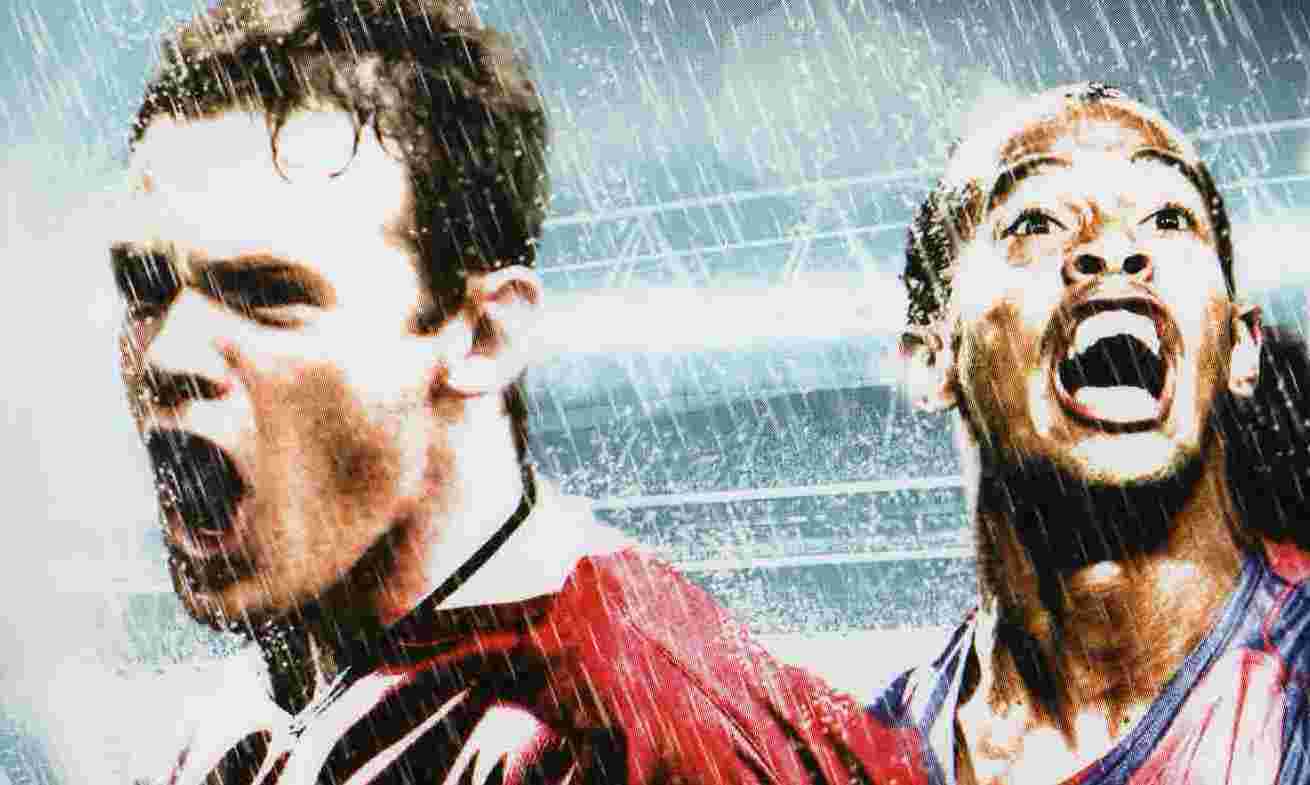 Ok, so you’ve seen and heard plenty about the home console versions of FIFA 06, but does the DS version stand up against its bigger cousins?

Actually, it holds out surprisingly well. It’s quite obvious the DS couldn’t hope to match the graphical flair of the consoles, or indeed the PSP, but whereas the version on Sony’s handheld is a poor imitation of the PS2 game, severely hampered by the control system, the developers of FIFA DS have taken a slightly different route, and it’s all the better for it.

The developers certainly know their stuff and have squeezed a heck of a lot of juice out of the DS’s young technology. Baring in mind it’s still in its infancy, FIFA shows what the DS is capable of in terms of 3D graphics. The graphics engine conjures up all manner of weather effects along with nicely detailed stadiums and impressive (from a distance) player models. This is all without many instances of slowdown, only the occasional hint when you have a corner, and if most of the players are packed into the 18-yard box. The only major problem arises when you zoom in close to the players. They are well constructed, considering the number of polygons they use, but the angular faces make them look incredibly goofy. It is a problem that only arises during replays and perhaps it is asking a little too much of the hardware, I just hope by next year’s edition we can get some easily recognisable players. Considering the DS has more power than the N64 and looking at the detail of FIFA games on that, it could be rectified by the time FIFA 07 wings its way to us.

If the graphics are impressive, the sound quality is even more so. FIFA 06 features most of the songs included in the Home versions; it’s quite surprising when you first switch it on to be confronted by Oasis’ ‘Lyla’ and ‘Feels like it should’ by Jamiroquai. They are pumped out of the speakers with very little drop in quality and is another example of the developer getting a lot out of limited hardware. Also worth a mention is the commentary. While it’s something that usually gets on my nerves, I have to admit I hardly ever found the commentary to be obtrusive in any way. There is, obviously, limited dialogue compared to other versions but it never gets in the way during a match, and I’ve been surprised that it rarely feels repetitive. Perhaps I’ve been concentrating a bit too much on the games to notice.

Not that you could blame me, FIFA on the DS is a pretty solid football game, settling with a more arcade-style than on the consoles. It has fast action and is especially fun when you link up for two-player matches. It even features a download mode, so you can play against someone who doesn’t have the game, although team selection is reduced. Controls are very well suited to the DS, despite its cramped button arrangement. It even includes various tricks, triggered by holding down L and another face button that, if you master, could help you to beat Chelsea playing as Boston United. Perhaps. It’s a shame you can’t alter the controls to suit your favoured style though, as I found myself shooting, rather than running on more than a few occasions. Elsewhere, passing feels smooth, shooting is easy enough to get to grips with, player AI is rarely a problem, apart from on the lower difficulties (it’s possible to just walk into them to get the ball) and direct free kicks and corners all benefit from being designed around the DS’s features.

In fact, the Touch Screen is used to pretty good effect here. In matches, the bottom screen is predominantly taken up by the pitch radar, which is suitably contrasted so it’s easy to find your teammates. The other portion, used for tactical changes, isn’t quite as successful, however. While it is certainly handy to be able to swap tactics, doing so means taking your finger off the face buttons. Because of this, you can only really do it when there’s a slight lull in play; not very good if you’re attempting a counter-attack. If the next instalment wants to improve on this, I’d suggest using the DS’s microphone to initiate tactics, much like the tricks in Nintendogs. Still, I rarely bothered with tactics (probably why I always lose at Pro Evo) so it wasn’t a huge concern personally. What I did find pretty cool was the way the replays are fully controlled using the Touch Screen. You can zoom in, spin the camera and run the replay forward or backwards with ease; it feels far less clunky than using buttons on a console.

Another nice feature, hidden away in the short, but sweet, management mode is a paint program that lets you create your own club badge. This was a totally unexpected but welcome surprise as the program is like an advanced version of MS Paint, and pretty versatile. Any artistic ‘Pixelantes’ (God bless you Jack Thompson) out there will be happy to know you can draw pretty much anything your debauched little mind can think of (although it wouldn’t let me redesign Liverpool’s badge to a big poo – immature little runt that I am!). The management mode is a nice addition but lacks depth in crucial places. For a start it’s only 5 seasons long – so you dream of taking Wycombe Wanderers from Division 2 obscurity to the heady heights of a Champions League final may be a little hard to accomplish. There are no transfers – meaning you are stuck with whatever team you pick to begin with – rectified slightly by the chance to ‘upgrade’ (read: level up) your team when you accomplish certain targets.
Even creating your own team has its own problems. You have no gauge early on to show how good your team is and when designing a player there are no restrictions on how many points you can give each attribute. It meant my first team stormed out of the bottom division having been undefeated all season, then beat Arsenal 6-1 in the FA Cup Final. Hobbston Rovers isn’t that good I can assure you. But if this feature gets a little work by the next edition it could make it an essential purchase for that alone.

There is plenty of promise evident in this game, and it only falls short of greatness by a few yards. With a bit of work in the key areas (the main game itself is fine) EA will definitely have a game capable of financial AND critical success. It’ll be interesting to see how Konami’s DS Pro Evo fares on its release; will its slower pace suit the handheld format? But for now, FIFA reigns as the best footy and sports game on DS and I’m looking forward to the future.