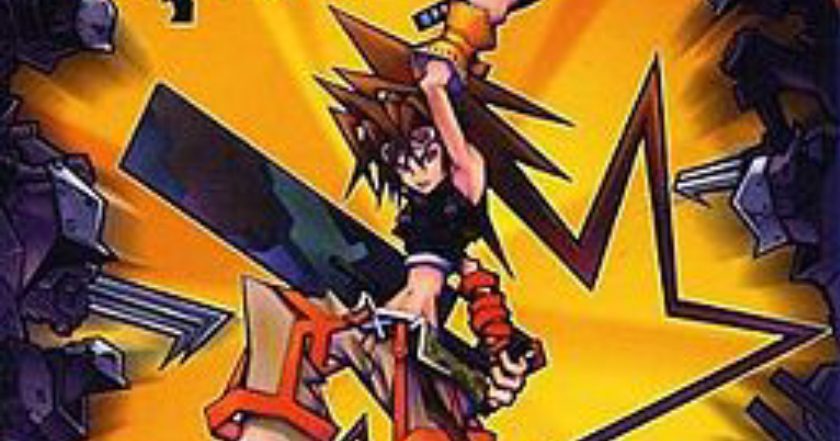 Musashi: Samurai Legend is one of Square-Enix’s lesser-known franchises. It started off on the PlayStation back in 1998 and now Square-Enix has decided to resurrect the little Musashi fellow and bring him to a whole new setting on the PS2.

The first thing you noticed about Musashi: Samurai Legend is the manga inspired art style. The game has incorporated a cel-shaded anime style and it looks great, even the intro is beautifully animated showing Musashi flashing off his almighty blade skills, lightning speed and girl rescuing powers. Unfortunately for poor Musashi, he seems to lose his speed ability a great deal in gameplay, and this results in a slothful action RPG hero.

The story starts off with a young maiden called Mycella who is performing a ritual to summon a certain hero warrior to come and save her and her people from the evil corporation Gandrake Enterprise. She is captured by the enterprise while performing the ritual and is taken away to their head quarters.

Unknowingly for her the legendary hero Musashi has just landed in a forest and is being trained up by Japanese master Mew the cat, and so the game starts.

Musashi is a very combat heavy game, you’ll be slashing down foes that look the same through the game, they do come in varieties but there isn’t much of that so basically the enemies are pretty repetitive. As you would expect in a game of this type, they are bosses and although pretty easy they do change the way you fight and gives the users something to think about rather than just thrashing a button to kill off a crook.

The actually combat system is pretty simple; most of the time is spent hammering the square button to use your katana to attack the enemies. Musashi also has a secondary weapon, which is classed as the heavy weapon, these are usually one of the five legendary swords you pick up throughout the game, these swords let you use the element magic ability that the sword is assigned to. The users also have the ability to jump, defend and use special attacks in battle, but they are all pretty simple. The only thing that is the tiniest bit complex is the replicate move to learn enemies’ abilities. To pull this off you have to lock onto the enemy and let your focus bar charge up, once it’s charged you then have to wait till the opponent attacks and then press square at the right time, do this precise and you duplicate the move. It’s an interesting feature but it just wasn’t worked on enough, you’ll only use some of the moves, as most of them are just not needed at all.

Fighting just isn’t that fun, mainly due to the slow paced Musashi. He plods along as if he was secretly a 60-year-old warrior who was in need of retirement. Ok so it might not be that bad, but he does seem to move as if he was in quicksand and can be frustrating when you are backtracking. Another problem arises if you tap the square button too much to attack with the katana, he will keep attacking until he finishes his combo movement, the only way to stop this is to press guard, there is no cancel command of the sort so you often find yourself slashing air for the ‘fun’ of it.

To try and make the game less repetitive Square-Enix decided to add some vehicle sections to the game, they kind of act like mini games (Something like the bike section in Final Fantasy VII). Musashi will get to ride a motorbike or a hover car in these sections and while it has potential to be fun it just isn’t. Just like the rest of the game, the sections are really easy. The enemies basically just sit there and wait for you to slap them with your weapon; it just doesn’t add any challenge or excitement.

As you would expect in many Action RPG games, there is a main city. In Musashi your hub to the levels is a city called Antheum. When you first arrive the city is fairly bare, it’s only when you rescue the towns folk throughout the game that shops and other useful things become accessible to the player. There are blacksmiths to sharpen your weapons, arenas to fight beasts and win items and shops to buy health potions and so on.

As it was mentioned earlier the game uses cel shading for its graphics, although Square-Enix have decided to name this effect for Musashi “Manga Shading.” It’s still basically the same, it’s just the lines around the characters are really thick and black. The game looks beautiful and rich and the animations are done fine. The game does suffer from a fair amount of slowdown though; it’s easily noticeable while playing through large areas in the game. I came to the conclusion that the actual speed and action of the game was reduced so that the frame rate wouldn’t suffer as much in high intensity battles, if you can ever find any of them…

Square-Enix is usually darn good at selecting voice-overs for characters, but if this was the first game you ever played by them, then you would be laughing at how appalling it is. It’s mainly due to the fact that the people just can’t seem to deliver the context in the right way, mostly sounding monotonous at the same time. The music is on the better side and does include some pleasant tunes that you can hum along to, but will most likely forget once you’ve finished playing.

Players will probably finish the game in around 11-14 hours. Once beaten you unlock the hard mode to play through, but everything the game has to offer has already been seen and there really isn’t much to bring you back unless you really want to finish the game on hard, but for most people that will be a challenge in itself, not because it’s hard, but mainly because it will cast a sleep spell on you.

Musashi: Samurai Legend is a game that I felt was rushed out. It looks the look but just doesn’t play the play. The graphics approach is great but once you are over the style you just find that there isn’t much to the game. It’s a shallow experience that is simple to play through and really only for die-hard Square-Enix fans or people who need to have a play of a light hearted Action- RPG. If you must play it then the game is rental at the most.